Does your farm or agricultural business need overseas workers to help with seasonal demands? Or are you wanting to come to Australia to do farm work? In June 2021, the Government first announced it would introduce a dedicated Agriculture Visa to allow migrants from certain countries to come to Australia for agricultural work that cannot be filled locally. The visa is designed to alleviate labour shortages impacting the agricultural industry, which have reportedly worsened during the pandemic. Here’s what you should know about Australia’s Agriculture Visa and how the Government is establishing the visa in various stages.

Plans for an Agriculture Visa

When the Government announced it would introduce an Agriculture Visa, it was intended that the new Visa would be made available to citizens from the UK and 10 countries in the ASEAN (Association of Southeast Asian Nations) region.

Countries in the ASEAN region include:

The visa would allow workers from the UK and the above countries to come to Australia for agricultural seasonal work for three years, with a need to return home for three months each year. It was reported that further countries could be added to this list after extending the visa to ASEAN countries.

Here’s a summary of the next steps and some of the hurdles that could impact the progress of the visa, plus other insights agribusinesses and migrants should know.

The way in which the visa will operate will depend on negotiations with participating countries:

Another factor impacting the visa program is the ability for overseas workers to access flights and quarantine. According to the Government’s media release in August 2021, logistical matters in making the visa operational may take some time to resolve. It states that ‘full conditions [of the agriculture visa] will be developed and implemented over the next three years as the visa is operationalised’.

Many other factors are yet to be confirmed including:

What options are available for agribusinesses to engage overseas workers during the pandemic?

Apart from the soon-to-be-established Agriculture Visa, agribusinesses may have access to:

It is also important to consider that overseas workers coming to Australia are facing expensive flights and delays at this time as caps are in place to limit the number of people that can arrive in the country per State/Territory. A quarantine period may also apply.

The agriculture industry has been one of the hardest hit by international border restrictions. For many years, the industry has been reliant on migrant workers due to ongoing difficulties in sourcing local Australians for work under these positions.

Farmers have been calling for a dedicated agriculture visa since 2016 and unfortunately, border restrictions have only served to worsen labour shortages and increase pressure on agribusinesses.

It is hoped that the newly established Agriculture Visa will provide some much-needed and immediate relief for Australian farmers. Should you require advice on your business’ visa sponsorship options, we encourage you to contact Interstaff’s Registered Migration Agents to discuss your circumstances. 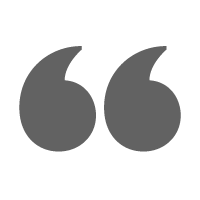 “Thank you very much for all your effort, hard work, professionalism and your positive approach to our extremely difficult case. Nathan and I will be forever grateful for all your help.”