There has been a lot of news in the media about 457 visas recently, especially with growing concerns over Australia’s unemployment rate and both political parties promising to tighten rules for skilled foreign workers on 457 visas.

As migration agents, we know first-hand that particular industries such as mining, oil and gas and IT/technology can have highly specialised work requirements, and skill shortages in Australia can mean these roles simply cannot be filled by local labour. Mike Cannon-Brookes, industry leader and co-founder of tech company, Atlassian, articulated this well in his recent interview with Radio National.

Here are the 457 visa myths he has helped to de-bunk, particularly in the growing tech industry:

Myth: Visa holders are taking the jobs of Australian graduates

Tech business leader, Mr Cannon-Brooke says, “We’ve got extremely talented here [in Australia] and we have extremely smart people coming out of universities. They just don’t have the experience we need.”

Technology is a growing industry in Australia, and while graduates may have the skills, they don’t have the senior, skilled technical experience built on a decade of working at the heart of successful, fast-growing tech companies.

“We don’t have a big technology industry here and we certainly didn’t have one ten years ago,” Mr Cannon-Brookes said, “So if we’re looking for people with ten years’ experience, they largely don’t exist in anywhere near the quantity that the industry needs. So we import that talent in order to train the graduates and other young people that we have here.”

Like many others in the industry, graduates are in fact recruited and 457 visa holders play a crucial role in helping to pass on their knowledge and skills to them. Atlassian fully funds ten scholarship positions at university level and has hired 80 graduates.

Mr Cannon-Brooke says the specialised skills demanded by roles filled by 457 visa holders are highly-paid for and can be difficult to acquire. He says it is a costly process which can sometimes take six months to convince visa holders to come because some have to move family.

“This is definitely not a cheaper option, but it is a good option for getting the skills we need into this country,” he says.

While you do hear of cases of unethical and unlawful employers exploiting visa holders with lower than award pay rates and placing pressure on the ability for Australian-born citizens to find work, it is generally incorrect to assume visa holders are cheaper to employ than Australian-born citizens. Despite this, the Government is considering introducing a significant training levy which would increase the costs to recruit overseas employees.

Myth: Tightening the 457 visa scheme is the answer to Australia’s high unemployment rates

Unfortunately, it seems political parties are using community concerns about immigration to build a case against 457 visas that will win them votes. It has become such a debacle that people are missing the fact that the campaigns fail to reference key, publicly available statistics about the 457 visa program.

Mr Cannon-Brooke points to the fact that the number of visas being granted has declined for several years – down from more than 77,000 a few years ago to 45,000 this year.

“It’s a very dangerous situation. None of them are talking about the statistics or the facts about what is actually happening with 457’s,” he said.

For more on the 457 visas controversy, read our summary on possible upcoming 457 visa changes currently being discussed by the Government. 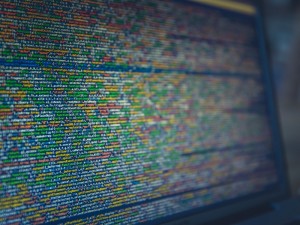